The words “sunshine” and “Scotland” are not often used in the same sentence, and if they are it usually involves the words “lack of”. However, today we were blessed with glorious weather. After catching a glimpse at the forecast, I was expecting much of the same as the last few days, brief showers, and had layered up appropriately. It did not take long for all the items of extra clothing to be peeled off.

Word quickly spreads around the group of any sustained injuries. There were a few falls yesterday but fortunately nothing too serious. Understandably at this stage of the tour just about everyone has a minor injury or niggle. Nothing serious enough to bring the tour to an end. Both Ali and Angus managed a full day on the bike. Angus having left early this morning to get a head start and Ali overjoyed at completing her first full day back in the saddle. 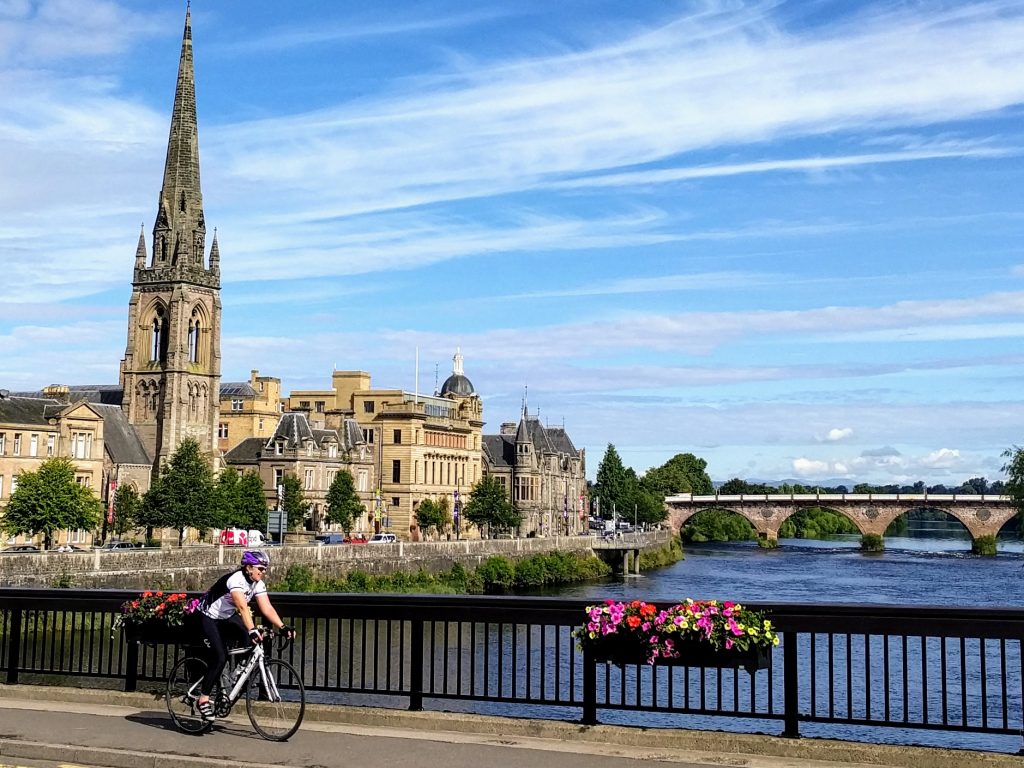 At the morning briefing, mention of the afternoon’s pending climb and also the world’s largest hedge were highlights of the day! The Peak Tour guys, or maybe just Dave the tour leader, seem to be partial to a good hedge. I must be honest, I missed the hedge.
It was a generous start to the day with a fairly flat route through the towns of Perth and Blairgowrie. Both these towns could be mistaken for some German town in the Rhine valley, such is their look and feel. Or as much feel as you can get on passing through in a few minutes by bike. 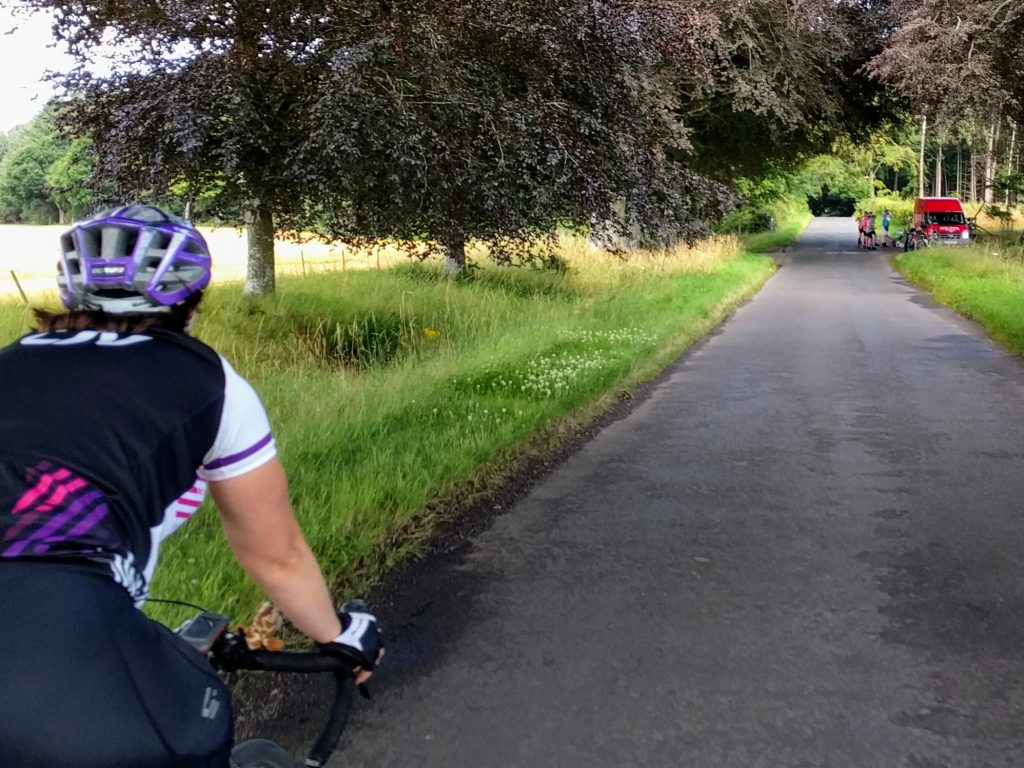 Spotting the red Peak Tours van at the brew stop after rounding a corner is always a welcome site. After a quick coffee break we were quickly on our way and zigzagging though farm land once again. The lunch stop seemingly appearing in no time at all. The talk at lunch was all about the following session and the now imminent climb. 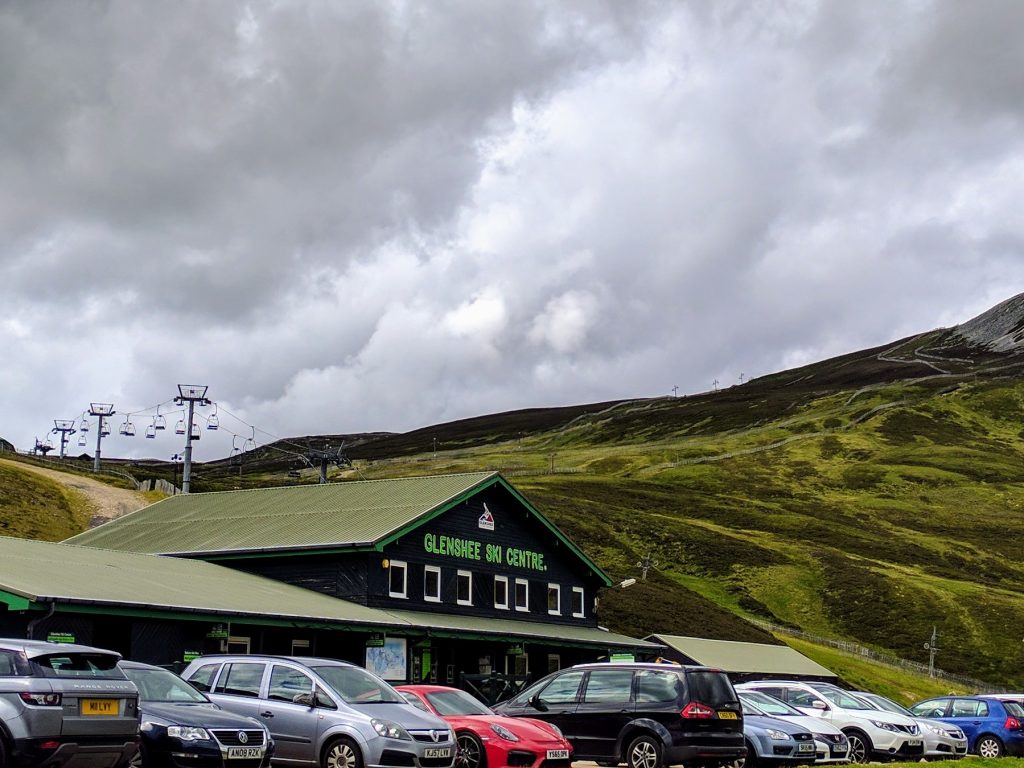 After lunch we entered into the Cairngorms National Park. Gradually increasing in altitude and the scenery improving. After a beautiful ride through the park and taking in the outstanding natural beauty, we tackled another top 100 UK climb – “The Cairnwell”. The climb was tough and relentless and seemed to carry on for ages. The profile of the route showed up on my Garmin bike computer looking more like a wall than a hill. Fortunately, and not by chance, the final brew stop of the day was set up in the car park of the Glenshee ski resort at the top of the climb. This no doubt kept me concentrated on getting to the top knowing the reward of a coffee and snack was waiting.
Although there was no snow about, the temperature at the ski resort was noticeably cooler. Despite panting and sweating all the way up the climb the jackets were quickly pulled out of the panniers. This road also has the honour of the highest paved road in the UK.
The long descent was a good reward as we flew back down the busy road. This route must be the only one through the area as big lorries, coaches, motorbikes and cars all came whizzing by. You really have to keep your wits about you in this situation, especially when there is no shoulder or bike path on the road to cycle on. 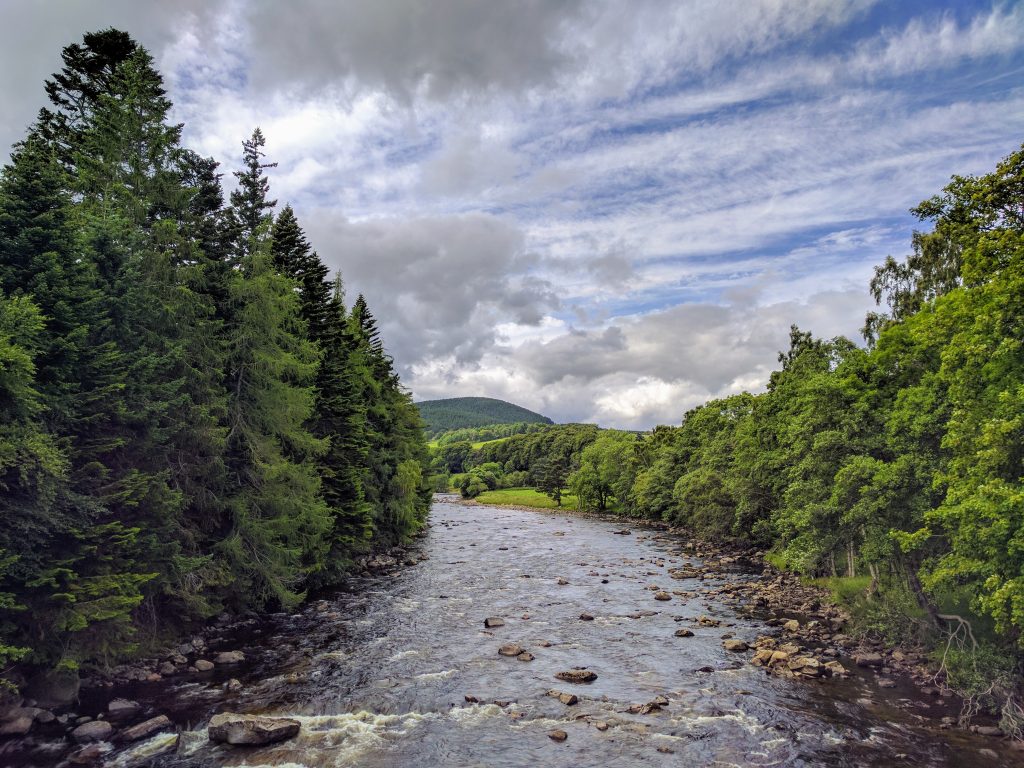 Passing by the Queen’s residence at Balmoral, the flag was at full mast. This signifies that she is currently residing. It is no surprise that the Queen enjoys her time in this part of the country as the outstanding natural beauty is something to behold. We gave a quick wave and carried on our way to finish the day. Arriving in the quaint village of Ballater, alongside thousands of people who are present for an orienteering competition.
It was a long, tough day today and tomorrow will be more of the same with an even steeper climb to look forward to. 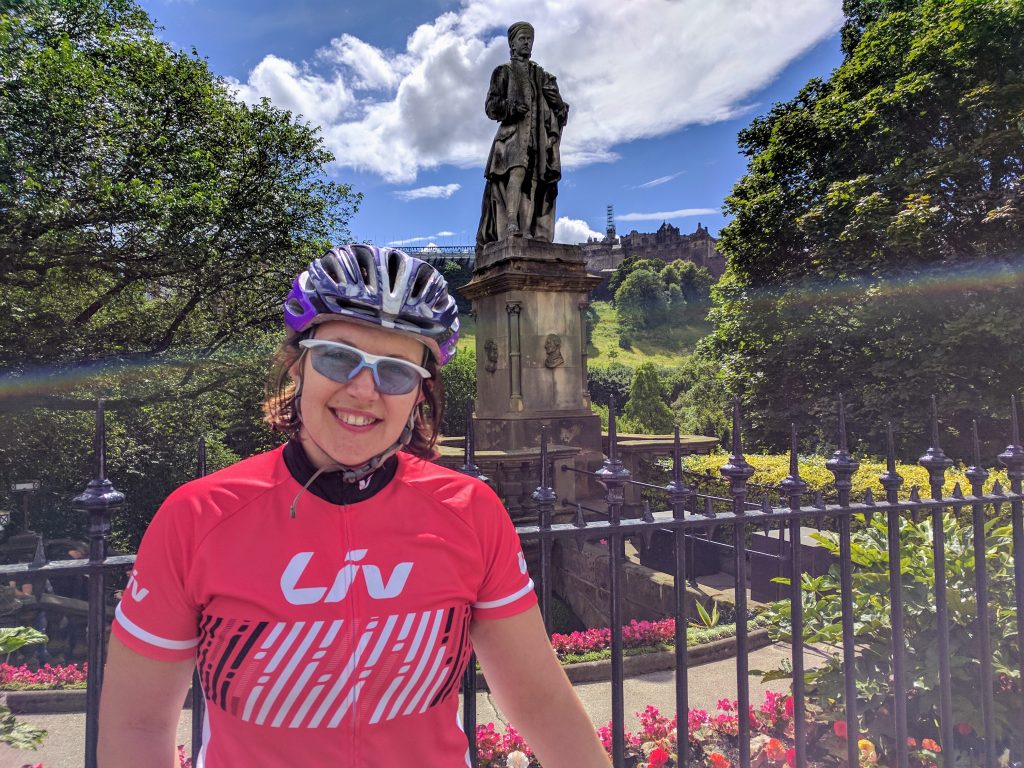 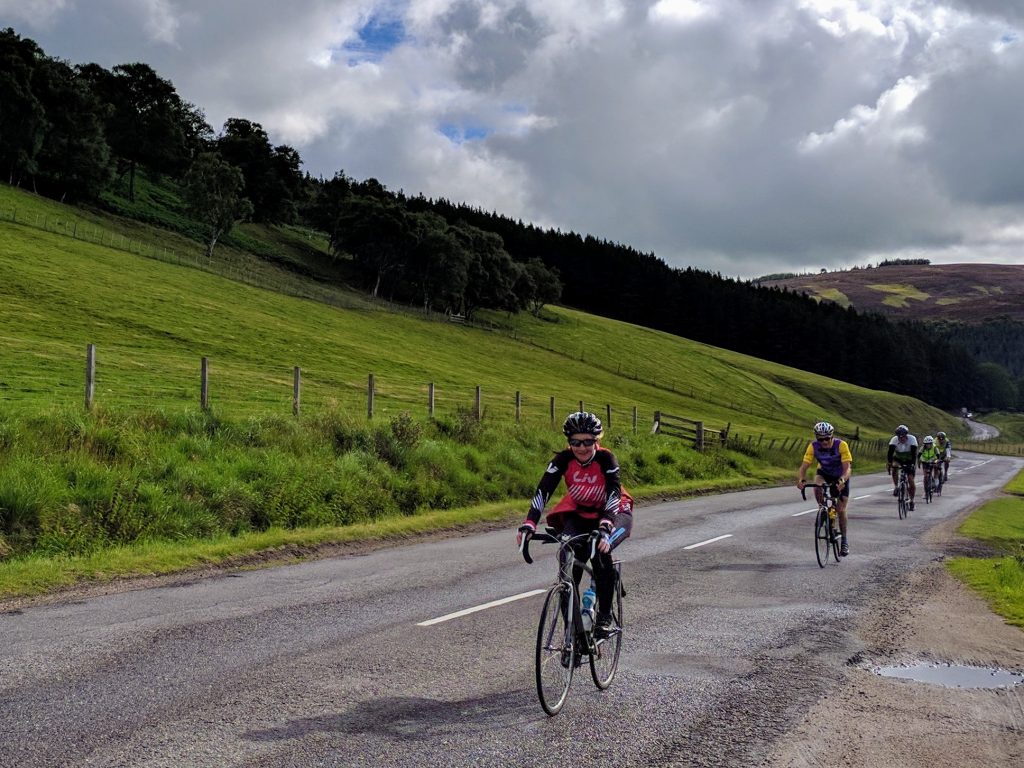